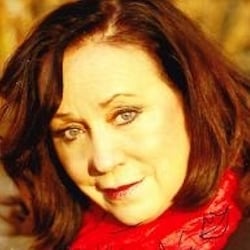 School of Media & IT

Dagmar Bláhová is an internationally regarded actress who was born in Czechoslovakia and has a Master of Arts degree from DAMU.

Dagmar has performed in over 50 films and TV series, and is most well known for her lead role in the 70s cult film by Vera Chytilova 'The Apple Game' with Jiri Menzel, as well the film 'Calamity', and for her role in the most popular Australian TV series 'Neighbours'.

She has worked with some of the best Czech directors in history. An actress with a strong comedic talent, she acts and also directs for theatre, film, and television. She has performed in various theatres (eg, Semafor Theatre or Studio Ypsilon) and was also a permanent member of the Goose on a String Theatre, where, with Bolek Polívka, she played in Am a Ea, a legendary theatre production in Czech culture.

After experience acting and directing in Germany and France, she emigrated to Australia. There she continued her career as an actress, director and producer. She wrote and directed in the Opera House as well as other theatres, and since returning to the Czech Republic she teaches Acting Studio at FAMU. She founded the theatre company Intimni Divadlo.

Emigration to Australia, working for theatres, film and TV

Adam and Eve - Eve - The Best Show winner at the international festival in Nancy, 1974

Waiting for Godot (S. Beckett) - directing at the National Theatre at Freiburg, 1979

Pezza Contra Tchorba - Mrs Tchobra (B. Polívka) - Winner at the International Drama Institute and and a year-long engagement at Theatre National d'Est, Paris, 1979-80

Melbourne Playbox Theatre, 1982 - directing and assistant to the director

The Marionette Theatre of Australia - Puppet Power, Smiles Away, Megalomania

The Woman and Theatre Project - tutoring, 1981

She Stayed at the Hotel, Where the Angels Lived - lead role, Drha director, 1991

Lend Me a Tenor - Maria, theatre

The Tomatoes Are Not Rape Yet - theatre

The Origins of Evil - secretary, film

Since 2002 D. Blahova leads her own theatre group in Prague, Intimate Theatre of Daša Blahova - www.intimnidivadlo.cz

The Vagina Monologues -  more than 500 replays