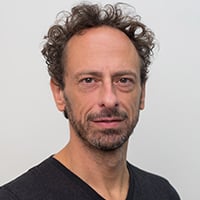 He holds a Master's degree in Scientific Communication from COREP (Consortium for Permanent Research and Education) in Turin and earned his Doctoral degree in Philosophy at the Amedeo Avogadro University in Italy. After undertaking a visiting scholar role at Columbia University in NYC, Dr Cavagnetto moved to Prague to specialize in Mathematical Logic at the Institute of Mathematics at the Academy of Sciences, Czech Republic. During this time, he earned his PhD in Mathematical Logic from Charles University.

In 2022, Dr Cavagnetto was appointed Honorary Professor of Teesside University. This is the highest honour in the UK university system to be awarded to individuals whom the University wishes to appoint, honour and collaborate with.

Additionally, he has been a visiting scholar and fellow at the Isaac Newton Institute for Mathematical Sciences in Cambridge (UK) and has been published in the fields of logic, theoretical philosophy, ethics, and strategy. Dr. Cavagnetto teaches at the post graduate level research methods, strategy, governance and ethics, and he is also teaching in the doctoral programme in the International Business School in Teesside.

Dr. Cavagnetto has also written two university textbooks for undergraduate and postgraduate students on natural deduction and the formalisation of natural languages and mathematical logic, respectively.