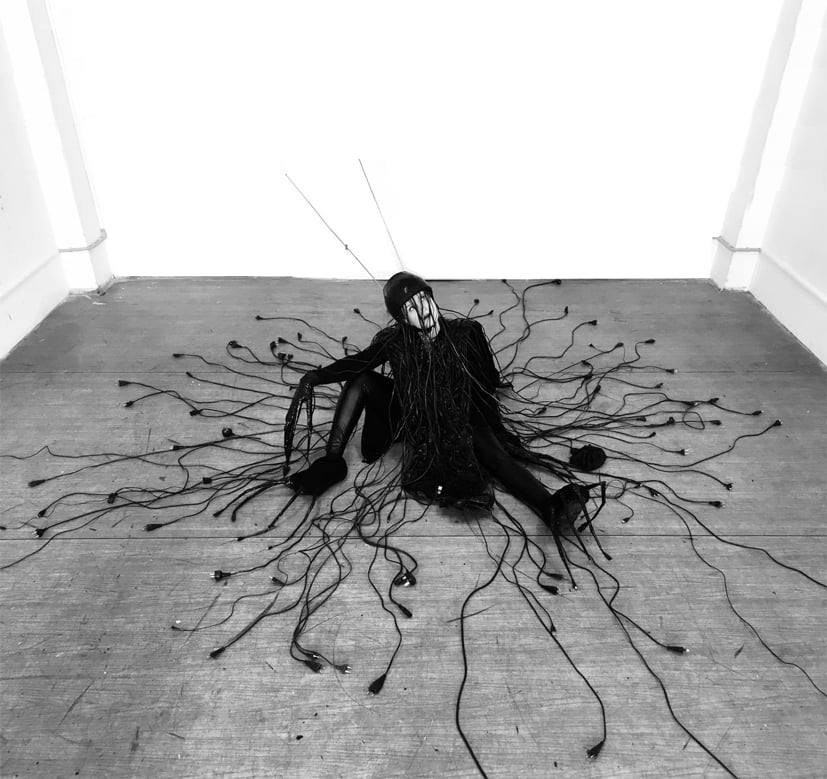 This two-year flagship programme is designed to develop advanced practical and theoretical skills, and is aimed at graduates, practising artists, and working professionals. Individual or group project work is research-driven and process-based, and the methods of study bridge the apparent divide between the analogue and digital media.

The programme combines an understanding of your own work within the wider intellectual and social context, self-managed studio practice, and experiential learning based on practical research, internship or residency; all supported by a well-established and well-regarded core faculty team.

The experiential approach to learning is enhanced by the newly introduced Advanced Practice module. Students complete an internship, research project, university-based project or residency, enabling the development of solutions to real-world problems, accelerating personal and professional knowledge, skills, behaviours and the opportunity to increase professional connections. “I was interested in the combination of studio-based practice and research, and having the option to do both was very different from my previous programme. During my studies, the level of intimacy and understanding of my classmates’ works, and being able to guide each other with what we were doing, was invaluable.”

Students can expect 8-9 hours of class time a week, plus additional workshops & guest lectures. Further independent learning and group work of around 16-17 hours per week is expected.

Are you interested in this programme?
Start in September.

Master’s study in Fine Art culminates in a challenging, self-defined degree project that taps into each student's strengths, interests and experiences, resulting in a public showing of their work.
Spiritus Artificialis
Kjersti Austdal
The project looks at the evolution of technology from a mythological and magical perspective, focusing on predictions that artificial intelligence will one day surpass humans and become a near omnipotent presence. The project will manifest in four parts: Firstly a monumental spherical structure titled ‘cosmic egg’ made from motherboards, with a yolk made of computer screens. A triptych series of performances accompany the structure. The first, titled ‘The Oracle’, is a video in which the coming of the artificial spirit is predicted; the second, a video titled ‘Genesis’ where the spirit comes into existence. The third, titled ‘The Ensoulment’, will be performed live during the exhibition opening and is a ritual to impregnate the cosmic egg with the artificial soul.
Simplex
Jakub Grosz
The Simplex project explores the border of physical and virtual by intertwining one into the other. This nonlinear feedback relationship is enabled by transformations of space, manipulation of time, and the duality of presence provided by a virtual reality system combined with synchronized real-time three-dimensional scanning. Physical forms and movement are interpreted as millions of simple geometric elements. Through constant flux, change and evolution of these elements and their basic properties emerges a multi-dimensional complexity that invites participants to reflect on their presence in space as well as time. As interpreted forms and resulting compositions are projected back into the physical space, a feedback loop is created that is both closed and open at the same time in the same way that the experience of participants is both physical and virtual.

MycoMythologies
Saša Spačal
MycoMythologies is a series of works researching how fungal ontologies could help humans think, learn and practise multispecies survival through practices of inclusion and caring. The series includes two biotechnological artworks: Rupture and Patterning, on/off_line performative workshop Storytelling Circle and a video essay, Infrastructure. As speculative artistic research, MycoMythologies thinks not only about how fungal underground networks can inform humans, but also about how technologies tend to define the teachings that humans receive.
An Invitation to Bear Witness
Sean McAlorum
Enter a painterly investigation of a selection of eye-witnessed events. Being a witness meant that the artist himself became an active participant in memories of events that will be forever incomplete. The works selected represent fragments of those experiences. As a viewer you are now also implicated by your mere presence to bear witness upon what has been placed before you. Stripped of context and meaning, the exhibition presents evidence, in the form of singularly depicted objects and portraits. Without chronological order, viewers are drawn into creating their own narratives and deciphering their own potential relationships between the paintings exhibited, hence creating their own sets of eye-witness accounts.

Fabrication
Monica Mills
Fabrication solidifies the varying concepts of justice against, for and to members of the LGBTQ+ community across the globe. Just as textiles are woven together in order to support, protect, and sometimes disguise the wearers, these sculptures are moulded into shapes that speak to the queer legislation of specific countries. Stretching, restraining, constricting movement; ignoring, repressing, demonizing human emotions; acknowledging, accepting, supporting a diverse community. Fabrication brings to life the legislation that has judged and hindered human beings of their sexual truth and identity. 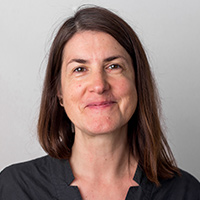 Dr. Branislava Kuburovic is the programme leader for the MA in Fine Art at PCU. She has taught at universities in the United Kingdom, and was awarded the Goldsmiths Peake Award for Excellence in Learning and Teaching. She is an Associate Fellow of the UK Higher Education Academy. Branislava is a writer and researcher in performance and visual culture, and continues to present her research at numerous international conferences. She has published articles in international journals, essays and books, and curated international workshops and seminars in both London and Prague.
See all lecturers from the School Art & Design here → Through new speculative ways and well-established structures, students comment on personal and general experiences. The combination of two seemingly very different approaches to the Fine Art and Future Design study programmes creates an interesting fusion on the border between classical art media and new technologies. Students of the first mentioned studio ask themselves questions and, through a more or less poetic level, argue over the current state. The second studio then looks for solutions and relevant answers based on constantly evolving new technologies in a speculative way.

Cristina Maldonado is a Mexican interdisciplinary artist working in the fields of immersive art, participatory and relational art, video-performance and site specific performances. For the last two decades she has presented her work in America and Europe. In her MA in Fine Art, Cristina focuses on a relational practice with strangers resulting in collaborative processes. She observes the chaotic and fortuitous events in daily life and curates them to construct systems for interaction and collective creation of meaning. In March, Master’s Fine Art students opened up their Pragovka studios to the general public. Visitors were able to view student work including the final year student work being developed for their graduation show. For a sneak peak of the upcoming graduates please visit their newly launched website here.

Our graduates are known for moving in multiple directions: securing global careers at leading corporations, pursuing research and further studies at leading institutions, or starting their own businesses:

Are you interested in this programme?
Start in September.