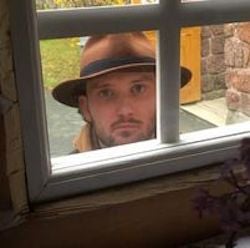 Palo Fabus is a critic and theorist.

He received Bc in applied informatics from the Faculty of Informatics, Masaryk University in Brno, and MA from the Department of Media Studies and Journalism FSS MU Brno.

In 2004-2005 he was the editor-in-chief of IM6 magazine. He was curator of Zoom festival in 2005 and 2006. He worked as an editor of Literární noviny between 2005-2008. He co-founded Jlbjlt in 2007. He taught Social Media course at the Department of Media Studies and Journalism at Masaryk University in Brno and gave guest lectures at the Academy of Fine Arts in Brno, University of Technology Brno, FAMU Prague, and the Academy of Fine Arts in Prague. Since 2009 Palo is an editor of Umělec magazine and since 2011 he has been rge editor-in-chief. Currently, he teaches at the Centre of Audiovisual Studies, FAMU, and in the MA Fine Art programme at Prague City University.

His interest in new media has evolved into research of wider contemporary art from the perspective of sociology, media ecology and philosophy. His research centers these days mostly on the relationship of ICT and the human condition.