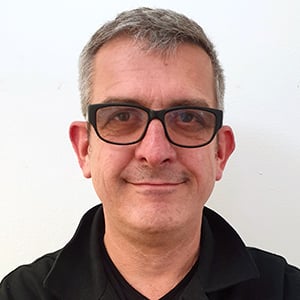 Adrian has been a lecturer at Prague City University since 2017 and is originally from Newcastle Upon Tyne.

He works as a teacher, freelance designer, painter and also has a successful musical career winning the Apollo award for best album in 2013. Adrian recently completed MA Fine Art at Prague City University.

Adrian began his career as a navigation officer in the Royal Fleet Auxiliary after which he studied at Manchester Polytechnic and graduated with a degree in Landscape Design. After moving to Prague in 1992 He has worked as an Art Director, Senior Art Director and Creative Director in several advertising agencies.

From an educational perspective he brings a wealth of practical knowledge to the students both in design and best practices and likes to inspire students to take them to the next level in their careers.