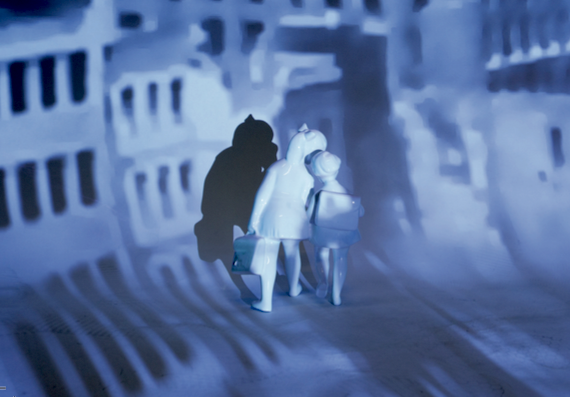 Štěpánka Šimlová, the latest speaker in our Visiting Artist and Lecture Series, graduated from the Prague Academy of Fine Arts in 1996, one of a member of a dynamic generation of young female artists who began exhibiting while they were still students.

Šimlová is mainly known for her work in digitally manipulated photo-montages, although she is also an impressive illustrator, whose drawings and paintings have been described as graffiti freestyle.

In recent years she has returned to her earlier work with installations and objects - many of which play with scale, or deliberately confuse perception and reality. Typically her work  - such as her latest exhibition 'Years of Levitation' at Prague's Colloredo-Mansfeld palace until 20 March 2016 - is inspired by personal memories and recollection.

"It's like falling asleep while listening to a radio newsreel," says the artist. "What I'm interested in today is no longer the meaning of the news content as such but rather the way my mind takes it in and processes it, and the key according to which it then proceeds to store this information."