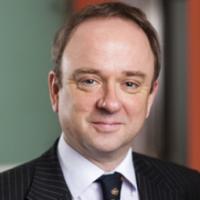 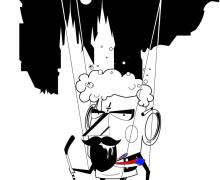 For the 25th anniversary of the Velvet Revolution, Patek magazine asked our students to depict what the Czech Republic would look like if it were a person

25 years ago, in November 1989, Czechoslovakia underwent a dramatic change, becoming one of the first countries to reject forty years of communism and embrace the democratic ideals of the West. It was a revolution in favour of freedom of movement and freedom of expression, and one which provided fertile ground for places like Prague College to prosper.

As part of their '2039' project, which looks forward to the next 25 years of the Czech Republic, the editors of Patek ('Friday') magazine - one of the most widely-read national weeklies - asked students from Prague College to offer their own creative interpretations in answer to the question "What would the Czech Republic look like if it were a person?'

Many congratulations to our students Katerina Therova, Kristyna Hajosova and Vu Minh Hieu (Czech Republic), as well as Ganna Kazanova (Ukraine), Ravi Satpute (India), Gerald Labarbera (USA) and Anna Belousova (Russia) on having their work included in this historic edition. You can see their work in the gallery below.

Lecturers Ondrej Fucik, Krystof Kriz and Anvita Jain, who supervised the students' projects, were delighted by the result: 'We are very proud of our students for their achievement, and feel their work stands up very well in the company of professional artists who also contributed to the special edition of Patek.'

These Stories on Global Engagement

Prague College among the very best in Czech Republic